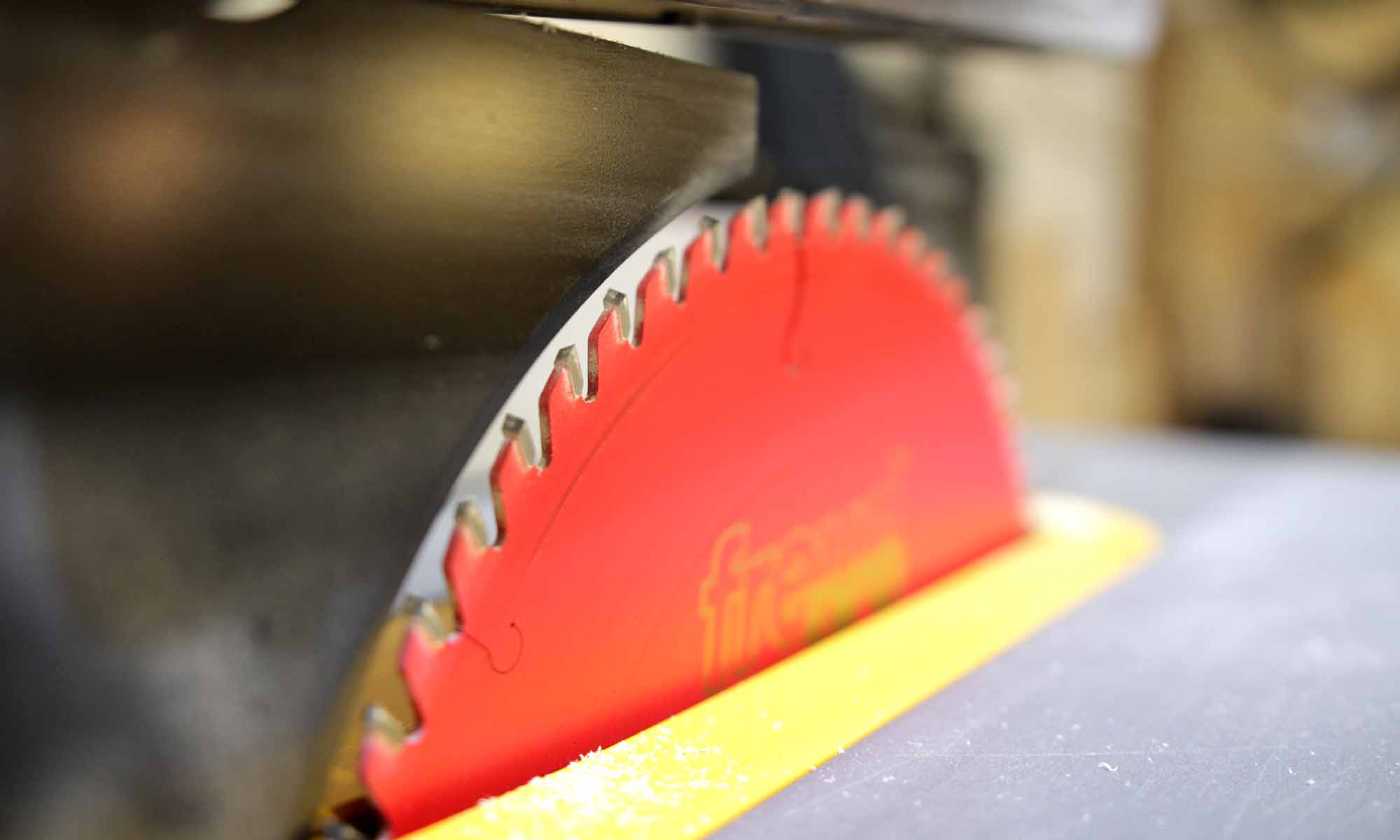 I’ve decided to upgrade from the stock blade on my trusty workhorse DW745 table saw. I made a quick video about the DW745 blade change to show you the difference between the stock blade and a higher quality Freud blade.

Installing a Freud 60 Tooth Blade on a DeWalt DW745 Table Saw
Watch this video on YouTube.

Welcome back folks! Today I’ve decided to upgrade the stock blade on my trusty DW745 table saw. The original blade is still pretty sharp but I’ve always had a problem with blade judder causing inaccurate cuts. The factory blade isn’t great so I did quite a bit of research to find a new blade that would be suitable for the sort of material I cut.

I’ll cut to the chase

Here’s the blades I found, or at least similar blades, along with links to my table saw and stand (or similar):

As you’re probably aware if you watch my videos, I cut a lot of MDF, plywood and occasionally some melamine (although I try to avoid the stuff at all costs). I also sometimes use my table saw for ripping softwoods and the odd bit of hardwood. 90% of the time I’m cutting MDF & ply though. I initially went for the 60 tooth, then tried the 40 tooth (on recommendation via YouTube comments, big mistake) and I’ll be switching back to the 60 tooth.

I’d already settled on the fact that I would be using a Freud blade. I’d seen way too many recommendations to ignore the fact that they’re amazing blades. Unfortunately I really struggled to find any decent information about Freud blades in the UK. The Freud US website just doesn’t work properly and the blades I was looking for (Freud Pro blades) don’t seem to be listed for some reason. The Freud Italy site does have the correct blades listed but a lot of the information on the web site doesn’t match up to what’s actually printed on the blades. Oh, and what’s printed on the blade packaging is different again – suggesting a 2.4mm kerf when it’s actually 2.8mm. For pro-level blades you would expect the information they provide to be a bit more accurate, but such is life!

Interestingly Screwfix advertise the 60 tooth blade as ‘long grain cut’ and the 40 tooth as ‘long and cross grain cut’. This is weird since you’d expect the 60 tooth to be more suitable for cross-grain. Either way, for my needs I’m looking for the cleanest cut possible and opted for the 60 tooth blade. Here’s the specifications for each from what I can work out based on the Freud Italy website and what’s actually printed on the blades (which is different):

Printed on the blade itself it confirms the 15 degree positive rake and 15 degree ATB (alternate bevel). It also says:

Printed on the blade itself it says:

Based on the above both should be absolutely fine for ripping. The 40-tooth does seem to have some sort of anti-kickback design built-in but I couldn’t find much information about this.

As I found out, the DW745 doesn’t have a spindle lock so you need to use both spanners for a blade change. I unplugged the power, raised the blade to the maximum height, used one of the supplied spanners to lock the spindle while using the other to undo the main blade bolt (regular thread, not reverse thread). It was then simply a case of swapping the blade and putting everything back together.

I ran a test rip using 18mm PSE whitewood. Although the DeWalt blade wasn’t that old there was noticeable blade judder causing some parts of the cut to be wider than others. The cut was OK but not particularly clean – fine for framing work however not exactly great for making fine furniture!

The Freud 60 tooth blade was a whole different animal. Perfectly clean cut, no blade judder and a cut finish that looked like the wood had just been planed. A genuine pleasure to use – I had it installed in my table saw for several months without any problems, immaculate cuts every time.

Is the 60T blade ONLY for cross-cutting?

In short, NO! There’s a lot of misinformation out there about saw blades, blade kerfs, cross-cuts vs rip cuts, negative rake and all sorts of other things. A few folk in the YouTube comments mentioned that I’d get even better results from a dedicated rip blade since this 60 tooth blade apparently should only be used for cross-cuts. So I did purchase the 40T Freud Pro combination blade mentioned above (I needed to upgrade the blade in my chop saw anyway). I can confirm that the cut from the 40T is NOWHERE NEAR as good as the cut from the 60T.

If you read through the specifications above you’ll see the 40T ‘rip blade’ is almost identical to the 60T ‘cross-cut’ blade. Same positive rake / hook angle, same kerf and same ATB angles. The only apparent difference (other than the tooth count) is the built-in anti-kickback on the 40T. There is nothing in the Freud specifications that says the 60T shouldn’t be used for rip cuts and indeed in the States the specs of the similar Freud Diablo D1060X very clearly says it’s “suitable for table saws” and is “Ideal For: High quality crosscuts and rip cuts in wood, plywood & melamine”.

Obviously if you’re ripping lots of 2″ thick Oak that you plan to plane or sand afterwards the 40T blade will go through it like butter with less heat build-up. If, like me, you mainly cut thinner materials used in cabinetmaking and finish carpentry then the 60T may be a better all-rounder.

So there you have it, I’ll be switching back to the 60 tooth LP40M 025P blade at the earliest opportunity. A fantastic blade and a huge difference to the DeWalt factory blade.