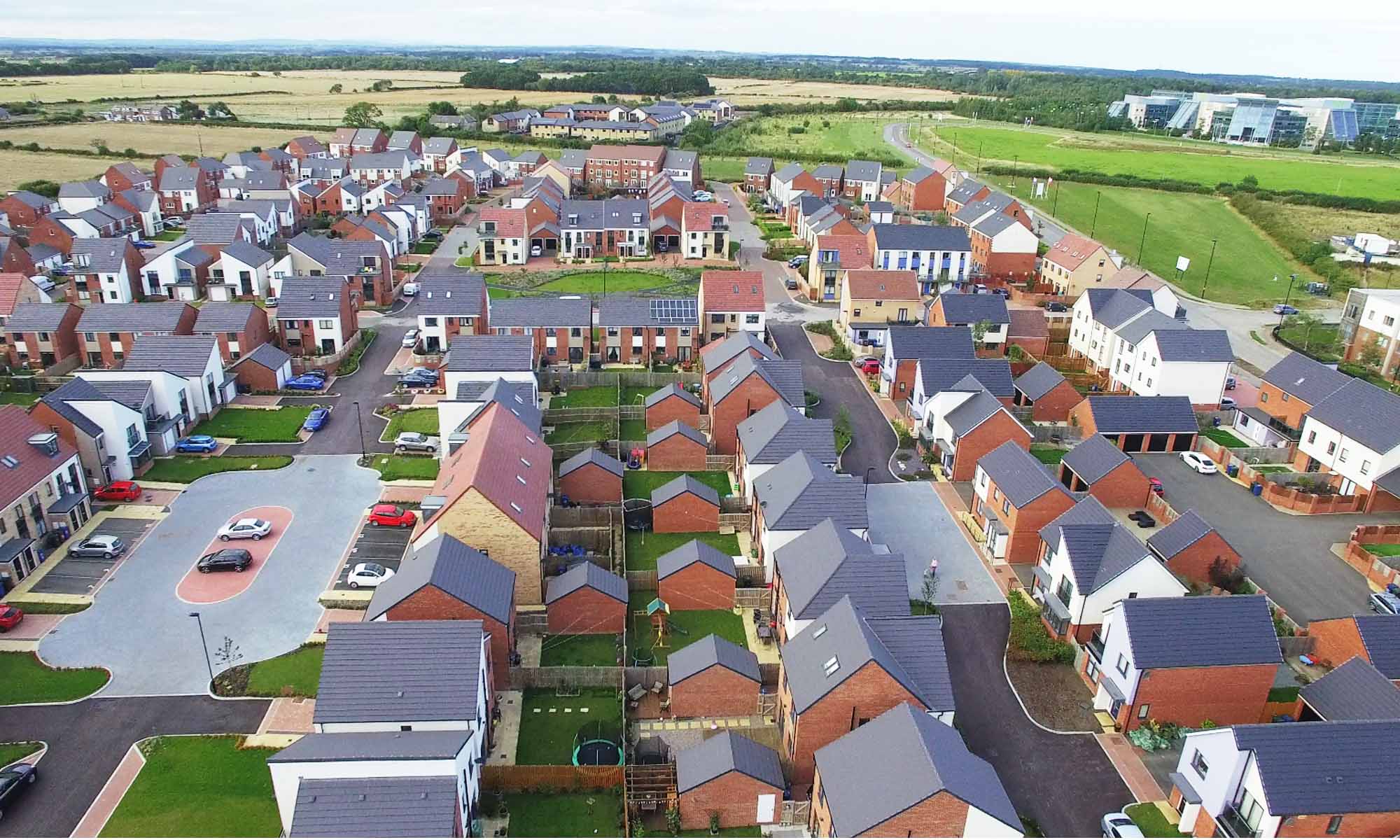 Newcastle Great Park is one of the biggest housing developments in the North of England. It’s a new suburb of Newcastle upon Tyne around four miles north of the city centre. I’ve watched the development closely, from the first brick being placed around 2001 through to living and working in the estate for over eight years. It’s a development that’s had its fair share of controversy with delays caused by both the 2008 financial crisis and more lately due to environmental campaigners. I’ll be keeping well clear of the politics of Great Park in this series of articles. I just thought it would be interesting to document the growth of this landmark development.

An introduction to Newcastle Great Park

I started posting about the build progress of Great Park over on the wonderful Skyscraper City site – a forum dedicated to major construction projects all around the globe. Eventually it made more sense to document this in a more structured way over here. It ties in neatly with my series of videos about new build houses in the UK and I can confidently say the information I’m providing is unbiased since not only did we live here but I also worked in a lot of these properties. To say I know these houses intimately is an understatement!

Newcastle Great Park, or just Great Park as it’s more commonly called, is a lovely development but it’s had more than its fair share of frustrations. At the time of putting this series together we’re almost 20 years down the line from ground first being broken. Light may be at the end of the tunnel though. The pioneers of the town centre were the awesome Great Park Pharmacy – hi guys and hope the tape measure is getting some use! 😉 Since then they’ve been joined by an estate agent and beauty salon.

Plans for Newcastle Great Park date back to 1999 and earlier. The first part of the development was on the Gosforth side of the A1. Work started on the Warkworth Woods and Melbury estates back in 2001. Almost 20 years down the line and work on the final development cells is underway with the construction of a new spine road to connect Great Park to Kingston Park.

Construction is split in to various development cells – from Cell A through to Cell I. This is how progress looked back in 2013:

Where is Newcastle Great Park?

Newcastle Great Park is located to the north and west of Gosforth in Newcastle upon Tyne. It’s around 4 miles north of Newcastle city centre.

Over the coming articles you’ll be able to see how the development has grown and evolved over the years.